While specific properties of an object are defined in its respective settings dialog (reached via the Ribbon Home > Edit or from Edit in the object's right-click context menu), settings and effects common to all objects are edited in the Object Properties. In the default window layout, the toolbar can be found to the right of the edit area.

The Object Properties lets you change properties of objects as you edit them. One nice feature of this is that it can change values for multiple objects at the same time. Changes takes place immediately.

Timing specifies the objects start and stop time in a scene. This is also done in the Timeline View but when timing is critical this provides precision down to millisecond level. The transition settings will make your object fade in and out instead of just popping up. Fades in and out can also be specified in an easy way on the timeline. 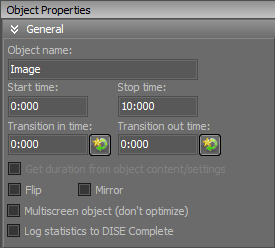 The name of an object has no functional meaning to the program, but can make life easier for you when you edit the DISE Movie. The name of each object shows up in the time line, and is used to identify an object in the time lock rules below. Also, when you have a DISE Cloud system, the name of the object is what is reported into the database. In order to separate objects, please make sure to name them. Every object is assigned a default name depending on which type of object it is. If you have a page with 23 different text messages, you might want to change the name from "Text" to "Welcome text", in order to more easily find it in the movie file or in the timeline.

At what times the object should appear/disappear on the timeline (for this scene.)

Lets you specify a transition for an object, by typing in an amount time to show it. You can click the

Flip the graphics of the object.

Mirror the graphics of the object.

Determines whether an object can be visible on more then one screen in a noborders multiscreen setup.

Specifies that the object should report playback information in a DISE Cloud system.

The easiest way to edit the angle of an object is to double-click on it and rotate it freely by moving the black square corners with the mouse. However, if an exact angle is wanted, here is where you specify it. A negative angle means a clockwise rotation while positive angles are counter-clockwise. 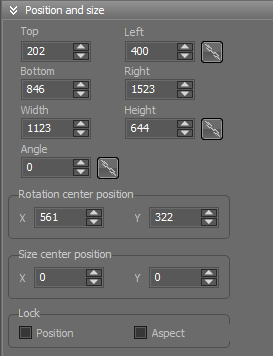 Allows for control over the how an object's texture behaves and is displayed. 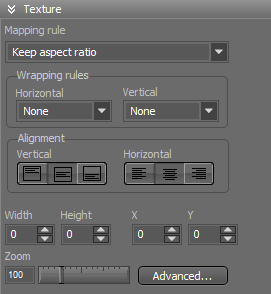 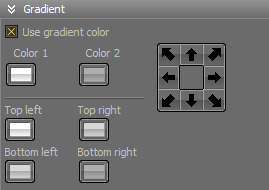 The transparency is usually controlled by the alpha slider on the color palette in the Home screen. In the Transparency tab you can specify a transparency value for each corner of your object. The helper arrow buttons help you create gradient transparency in a snap. 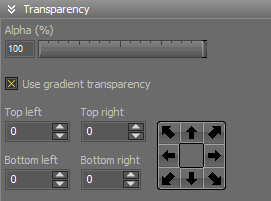 Every object can have a drop shadow. The drop shadow is extra useful to enhance the contrast of texts. You can specify the Distance, Shadow transparency and Shadow color of the drop-shadow. 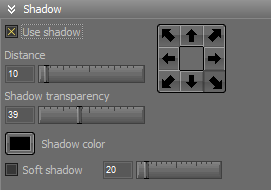 Creates a reflection of the object that is placed below it. You can then customize it to fit your preferences by changing Distance, Reflection fade, Height and Horizontal plane position.

The 3D tool can be used to manipulate objects in a 3D space. 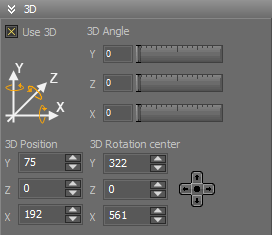 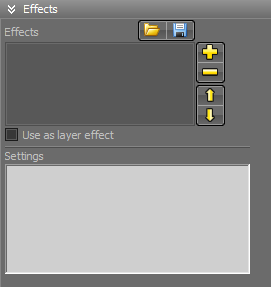 In this tab can you specify exact colors and build up palettes, which can also be saved.

Specifies advanced timing rules for an object. Instead of an absolute time, the object's start and/or stop time can be dependent on other objects or the length of the scene. 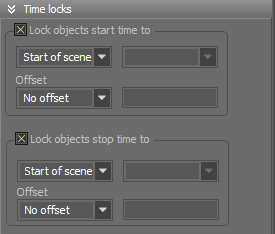 The default. You may also provide an offset in time from the start/stop time. You can enter a negative offset number which means the object will be locked to before another's start/stop time.

Lets you provide an offset in percent to for example lock an objects start time to 25% into the scene. 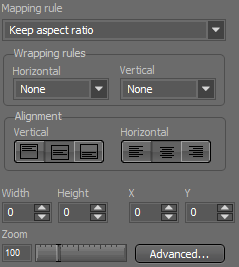