Screens offer a multitude of configurations that you can use in your signage solution. In this article we describe a couple of the most common screen configurations.

The standard setup is to have one screen connected to one computer. This gives the best performance and you are free to select any output resolution supported by the screen.

Most Dual head graphic cards support Clone mode, where you have one desktop on the PC and that desktop will be output on both heads of the graphic card.
This is a setting in the display drivers, and DISE will handle this as just one screen. There are no limitations in DISE for using clone, however some (low end) graphic cards may do clone slower than output to a single screen.

(Also called stretched mode or vertical/horizontal stretch)
Some graphic cards support to span one desktop over several displays, this will enable DISE to use several displays as one large screen, with proper full screen output acceleration whilst playing on several screens.
This mode is not available with all graphic card models and/or Windows versions. If you cannot use vertical or horizontal span with your graphic card or Windows version, another option is to use the Matrox TripleHead2Go adapter.
To get individual content playing on each screen with one output stretched over several displays, you can use one playlist for each screen, positioned in a layout.

Using a VGA/DVI/HDMI splitter or extender it is possible to have the same output on an unlimited amount of screens (depending on third party hardware). 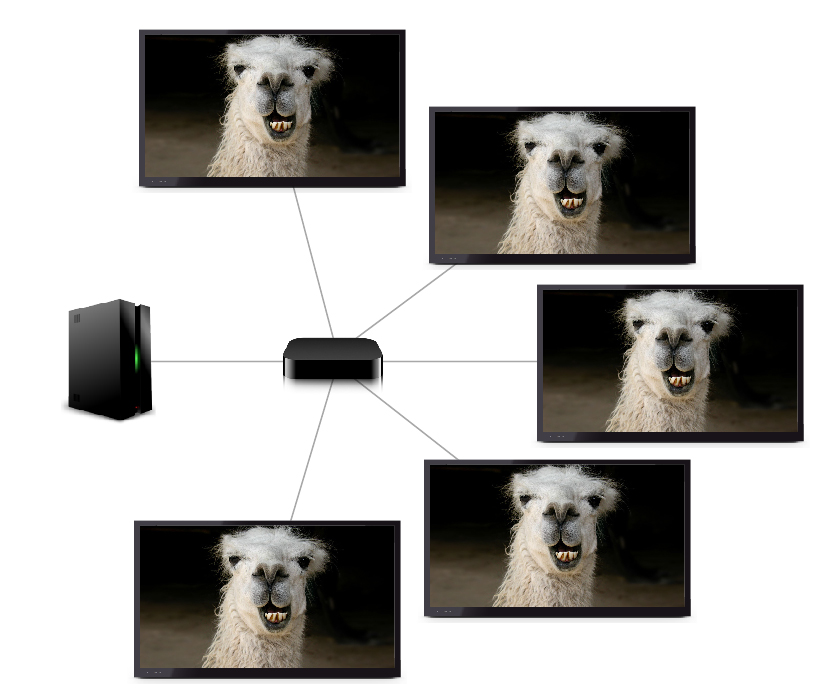 A video wall controller is a hardware solution in which the graphic signal is split into parts to be displayed on individual screens.

Some screen products come with capabiities to take care of the screen splitting amongst themselves. The screen signal is daisy-chained, which means it is connected in series. 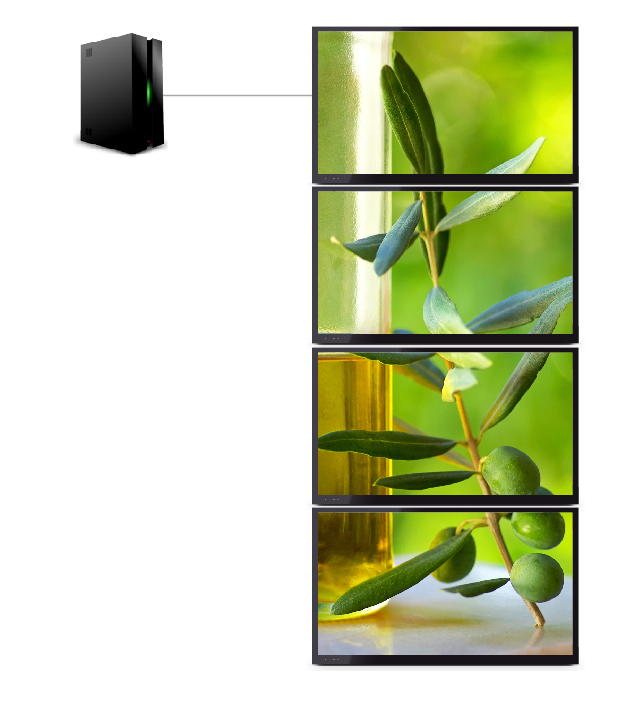 In order to connect DISE to a LED perimeter system or similar, the graphic signal is outputted to a signal processor/send box in order to get the signal over to the LED panels, over CAT5 for example.
You can set the player to output only to a specific size in a window. See this article for more information: LED wall display setup

DISE NoBorders enables combining several players, running in synchronization. This gives you an unlimited amount of screens, as well as an unlimited positioning of the screens. 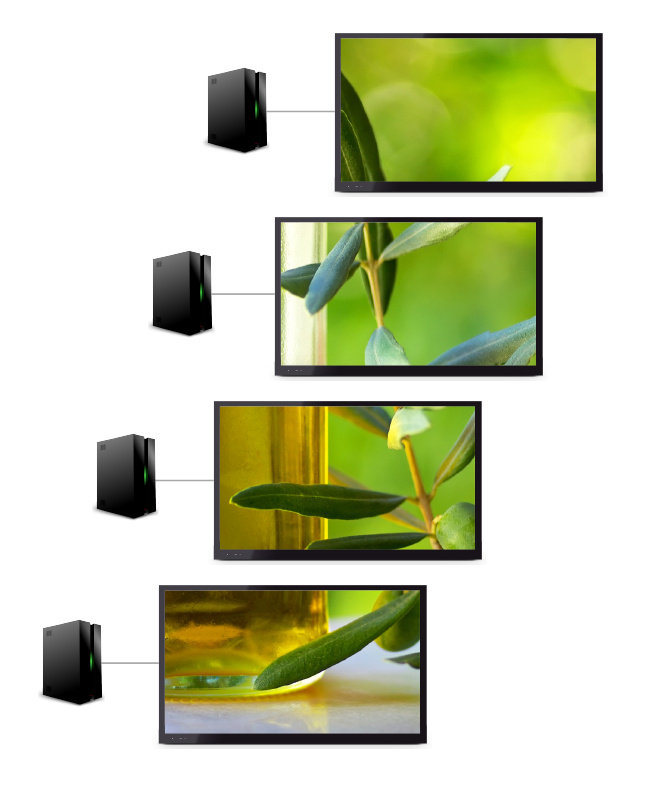